Twisting Turns first appeared in 2011 as both a red blend (70% Cabernet Sauvignon, 20% Merlot and 10% Carignane) and a Sauvignon Blanc. Neither were estate-grown, but bottled in small quantities, 25 cases of red and 12 cases of white. At the same time, the grapes of the estate-grown Cabernet Sauvignon were harvested at Thanksgiving 2011, and the wine was made at Razi Winery on the Silverado Trail by Massimo Monticelli, and placed in two new French oak barrels. The wine is smooth, rich and among the most elegant of the Cabernet wines produced in a difficult year. The 2011 vintage Was bottled and released in July 2013.

The 2012 harvest was also a great harvest, resulting in about the same production (estimated to be 50 cases). Made in the same way, it is also in French oak. 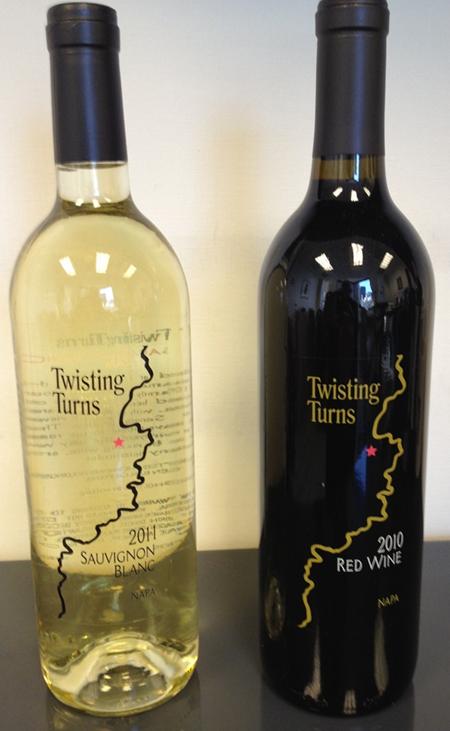